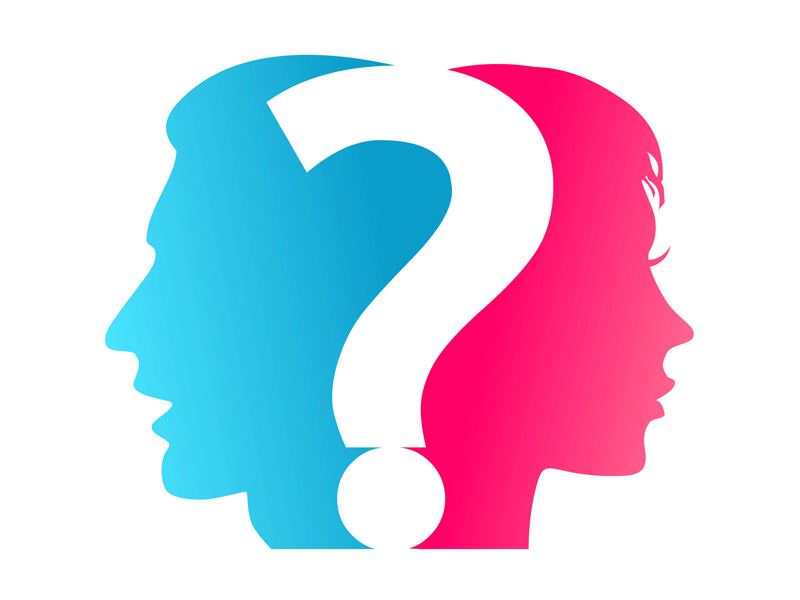 According to Survey on How Menstrual Problems Affect Work and Life of 1,956 Working Women in their 20s-40s (Part 4)
By Mizuho Yonekawa, Medical and Healthcare Institute, Nikkei BP Intelligence Group

The Survey on How Menstrual Problems Affect Work and Life of 1,956 Working Women was conducted by Nikkei BP Intelligence Group as part of its Comfortable Period Project (or Seiri Kaiteki Project). There were numerous comments from female respondents struggling to satisfy the demands of their work lives while coping with the difficulties and discomforts caused by premenstrual syndrome. Here, in the fourth part of our examination of the survey results, we turn our attention to the real voices of working women, which reveal the menstruation-related issues that must be addressed if society is to achieve more active participation of women in the workplace. What types of support do female employees hope to receive from superiors and colleagues - male and female alike? What kinds of measures would help them overcome their challenges? 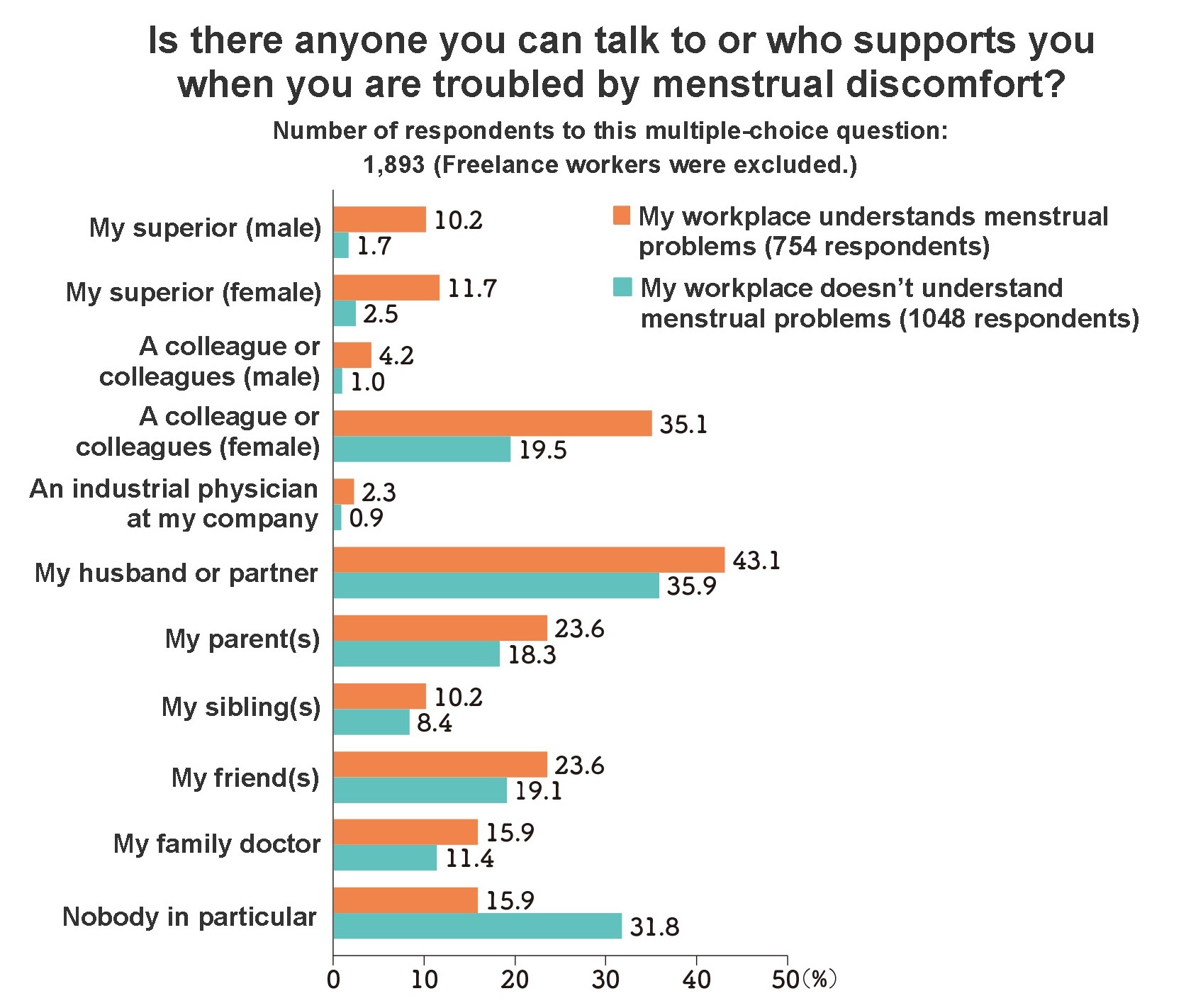 Figure 1: Who supports you when you are suffering from menstrual discomfort?

Many women who chose the answer, "My workplace understands menstrual problems" felt that they received consideration and support from both male and female superiors and colleagues. This suggests that if an understanding of menstrual issues is promoted throughout the entire workplace by a method such as employee training, a more comfortable working environment for women is more likely to result.
Source: Nikkei BP Intelligence Group, Survey on How Menstrual Problems Affect Work and Life of 1,956 Working Women

Comments on male supervisors and colleagues

Lack of knowledge about menstruation can lead to harassment

･ I often need to attend an important meeting or take care of customer support even during my period. When I cannot find a person to work on my behalf, I must come to the office. When my period was heavy and I was in a long meeting, blood sometimes leaked out onto my office chair. I am unable talk about this matter, even when it poses some difficulties, so I think it is good for others to have an understanding of menstrual problems. This is especially true of my male superior. (Sales and customer support representative in her 40s)

･ My current superior is a male who has casually mentioned that he wanted only men in the workplace when female employees are undergoing certain "troubles" unique to women such as menstruation. When female employees demand the right to special treatment during their periods, it invariably creates a bad impression of working women, especially among older male employees. In my case, I am concerned about the impression I could make on my direct superior, which could have a significant impact on me. Therefore, I feel that there is great barrier that makes it difficult to apply for menstrual leave.
(Information system engineer in her 40s)

･ This is not only an issue about menstruation or medical issues specific to women. I hope it will become easier for both male and female employees to take leaves of absence when they have health problems or are involved in care for children or the elderly. It is impossible for human beings to remain healthy 24/7 without ever having anything to worry about. I hope that my workplace will change its menstrual leave policy, which currently necessitates the approval of numerous managers when I apply for a leave. I also want the right to greater privacy. I work in a male-dominated department, and my period is none of their business. I do not want them to say something to me such as, "Oh, uterine fibroids? Mr. XX's wife also had surgery last year..."
(Planner, researcher and marketer in her 30s)

･ Male personnel have very limited knowledge about menstruation. I think it is rare for men to make voluntary efforts to learn about this matter. On the other hand, I think it is difficult for men to treat female employees differently than they treat males. This is because the boundary between any such special treatment and sexual/power harassment is blurry. Regardless of the size of the company, I hope that the government will promote in-house study sessions that allow people to learn about menstruation. I also hope it will set up some kind of a consultation service and regulations that would allow menstruation-related care in the workplace to be managed more successfully.
(Planner, researcher and marketer in her 30s)

･ I would like to request that all employees, including males, receive training related to menstruation issues. However, I think there are unavoidable problems that we face in the effort to create a society in which everyone can play an active role while the population is declining.
(Consultant and analyst in her 20s)

･ I work for a listed company with a high percentage of female employees, but most of the managers are males. Many managers have no knowledge of or interest in menstruation, so even if I were to propose a related solution, their attitudes would not change at all. For example, If I were to a propose that they install vending machines for menstrual napkins in female office bathrooms, they would decline, saying, "No one can manage those machines." We have vending machines for beverages all over our office, and our General Affairs Department manages them. But this is not the same case for vending machines for menstrual napkins. Also, I asked whether the General Affairs Department would be able to provide employees with period care products, because we are able to ask for medicine. My request was rejected for the reason (which was just an assumption) that "nobody would come to ask for napkins because it's embarrassing." I work in the office, so I can go out and buy napkins during my break, but if you work in the factory on a shift system, there is no store nearby that sells such goods. If you want to go outside to buy period care products, you have to get changed and take an air shower. I think is almost impossible to finish the entire process during a lunch break. Since they never listen, I stopped making suggestions.
(Planner, researcher and marketer in her 30s)

Comments on female supervisors and colleagues

The biggest enemies of women can be women themselves. Many request their companies to provide training on menstruation

･ I think we need to tackle the issue by changing the mindsets of some female employees in their 50s. Many of them are too strict about the health conditions of other female workers. Maybe it is because they did not have heavy symptoms, or perhaps they have already overcome such problems. The reality is that male employees treat menstrual issues carefully and they are scared to get into the details of the problems because they have no knowledge in the first place. I think it would be good to include information on menstruation issues in new employee training and managerial training to the same extent as harassment training.
(Editor and producer in her 40s)

･ It is sometimes said that the biggest enemies of women are women themselves. Female employees who usually do not have menstrual cramps are much less understanding and stricter than male employees. My company has a menstrual leave system, but since our managers are mostly males, no employees actually use the system. Menstrual leave is unpaid, and it is difficult for female employees to apply for it, so it is almost as if there were no such system at all. I usually take paid leave when I have severe menstrual symptoms because I am unable to move. When I was working from home due to COVID-19, I was able to perform tasks online while holding a hot water bottle to keep me warm. I cannot put a hot water bottle on my stomach at the office, so working from home is a good alternative during my period. I sincerely hope that remote work will become common. If you are a healthy woman, you menstruate every month. It is the same as the need to eat three meals a day, but it puts you in an uncomfortable condition during a certain interval each month. It's disappointing that I need to use paid leave for my period. The fact that that women need to take paid leave for their periods while male employees can take paid leave to do whatever they like is also a form of inequality.
(Designer in her 30s)

･ Men do not have much knowledge about menstruation, so male managers do not blame female employees taking menstrual leave. On the other hand, female managers can be less understanding about the issue. In particular, female employees with mild menstrual symptoms and who do not experience PMS are more likely to be in managerial positions (since otherwise it is much harder for them to become managers). Because they have never experienced menstrual problems, they say, "Are you taking leave for your period? I was..." and often do not accept the need for menstrual leave, making judgements based on their own values. This is similar to the situation of morning sickness during pregnancy. I think we should educate and train female managers more.
(Office administrator in her 30s)

Nikkei BP Intelligence Group conducted an online questionnaire survey on working women, including readers and users of Nikkei xwoman and other forms of media produced by the Nikkei Group. The survey targeted women who were experiencing a menstrual cycle, including those who were currently pregnant or who had given birth recently, and received valid responses from 1,956 women aged 18 to 49 (204 in their 20s or younger, 738 in their 30 and 1014 in their 40s.) The respondents were either of those who had "symptoms of discomfort" before or during menstrual periods or who were "on medical treatment and did not suffer so much from menstrual discomfort." The survey was conducted from August 2 to 20, 2021.