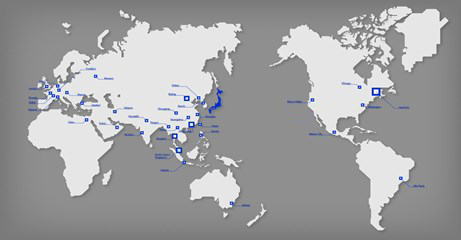 Nikkei's overseas network spreads around the world with 36 bases. In 2014, we newly set up an editorial bureau for Asia in Bangkok and Nikkei Group Asia, a business base for Nikkei and group companies, in Singapore. The strong network in Asia is the heart of our information gathering to send out Asian news to the world.

Nikkei is associated in partnership with foreign media companies. Some of the partnership includes mutual exploitation of articles, so that Nikkei readers can observe the world from different points of view.