Exploring the Future Five Years from Now: Smart cities and the urban environment of tomorrow

Since May 2020, Nikkei Business Publications has been conducting a series of surveys of Japanese businesspeople with the aim of exploring the variety of ways in which life will be different five years from now. Most recently, we focused on questions concerning urban areas, municipalities, and smart cities; in other words, places in which people will work and live.

- Of the respondents, 8.8% "have already deployed" and 5.5% "have been preparing or examining the deployment of" a smart-city-related project, with the combined figure reaching 14.3%.

- A total of 21.4% of the respondents stated that they "may deploy" a smart-city-related project over the next five years. When combined with the percentage of respondents who said that they had already deployed or have been preparing or examining the deployment of such projects, the figure reached some 40%. This reflects the high expectations for smart city business opportunities.

- By industry, among the respondents who "have already deployed" a smart city-related project, the figure for "IT/communication" stood out, at 22.9%. This was roughly three times as high as the numbers for "Construction/real estate," "Electronics," and "Automobiles."

- Asked about fields and functions of a smart city for which there were high expectations, "Transportation and Mobility" was the most popular reply, at 70.4%, followed by "Communication and Network Infrastructure" at 58.8%.

- Regarding ongoing projects related to smart cities, including possible projects, "Transportation and mobility" stood out, cited by 41.5%.

- Among ongoing projects related to smart cities, including potential projects, the fields and functions for which there were high expectations following "Transportation and mobility" were "ICT," "Urban planning and development," and "energy," with each such reply given by around 30% of respondents. 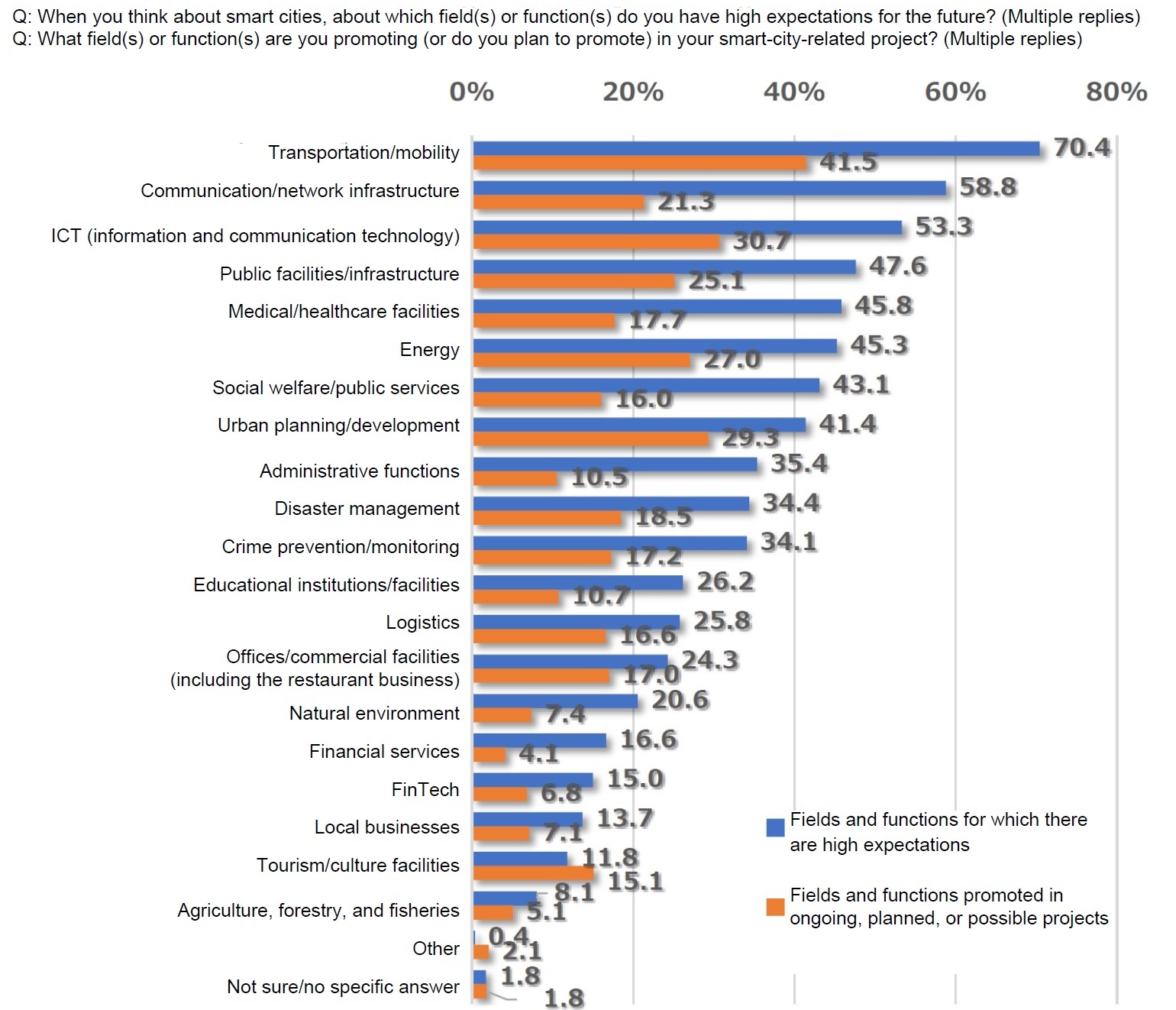 - Asked about the challenges in creating a smart city, "Establishing a business model" was cited by the highest percentage of respondents, at 55.6%. This result suggests that respondents see business models and monetizing strategies as critical challenges.

- As for the challenges to creating a smart city, "Partnership and mutual understanding among citizens, corporations, and public administration," "Active involvement of local governments," and "Deregulation" were each cited by over 50% of the respondents. Proactive attitudes of stakeholders and related organizations were also noted as constituting a high-priority issue.

- Almost half of the respondents mentioned "Operation, maintenance, and management costs" as challenging, revealing that respondents put emphasis on the importance of undertaking effective measures to maintain a smart city. 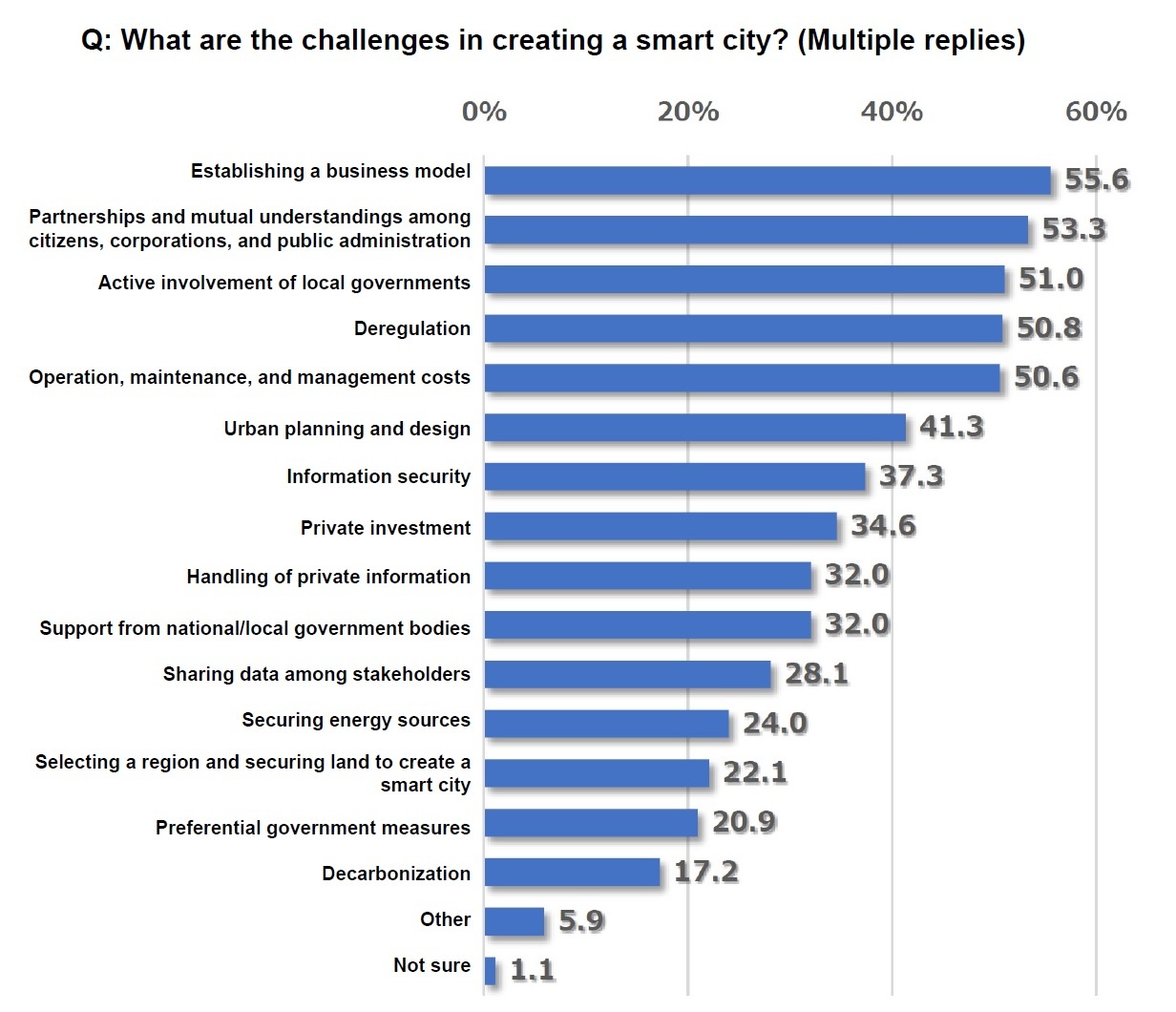 Nikkei BP Intelligence Group will continue to make fixed-point observations of changes in the consciousness of businesspeople in Japan and follow up on the directions in which each industry sector is moving.

This report was compiled by Tomoko Ueno of the Future Business Research Team.