TOPIX Review: Companies with Tradable Share Market Capitalizations of Around JPY10 bn to Be Tested 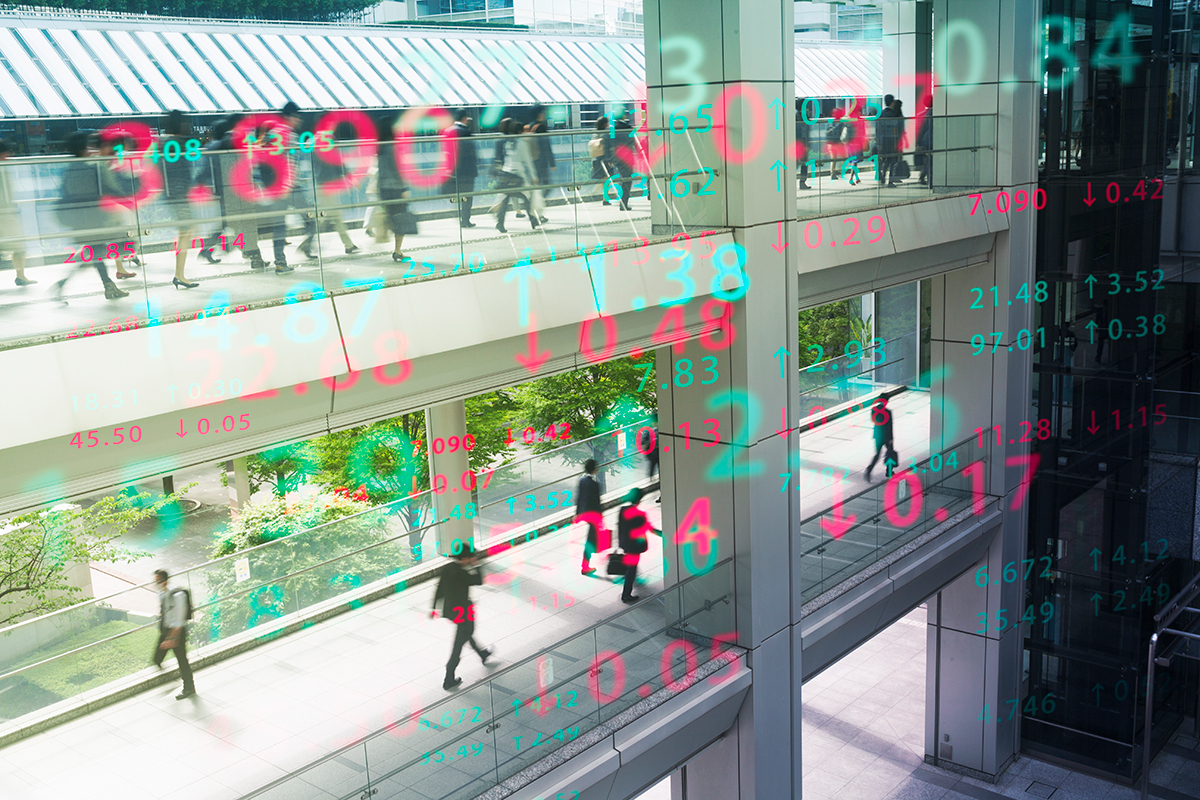 [Nikkei QUICK News]This April, the Tokyo Stock Exchange (TSE) will proceed with a review of TOPIX. Stocks with a tradable share market capitalization of less than JPY10 bn will be subject to a gradual reduction in inclusion weighting. For some companies, this presents a difficult challenge and could be a downside factor for their stock prices.

Companies without Appropriate Market Capitalization Are Subject to Ratio Reduction
In addition, stocks with tradable share market capitalizations of less than JPY10 bn each will become "phased weighting reduction constituents" under the current TOPIX review. The TOPIX component ratios of such constituents will decrease in a series of 10 steps every quarter, starting at the end of October 2022 and finishing at the end of January 2025. If the tradable share market capitalization of a company exceeds JPY10 bn at least once in two rounds of decision, the company will maintain its place in the index without having its composition ratio lowered. The 1st decision was completed by December 2021.

The 2nd decision will take place in October 2022. For example, for a company with a fiscal year that ends in March, this decision will be made using the number of tradable shares of the company as of the end of March 2022 and its average share price from January to March 2022. For companies "on the borderline," this is a crucial time. 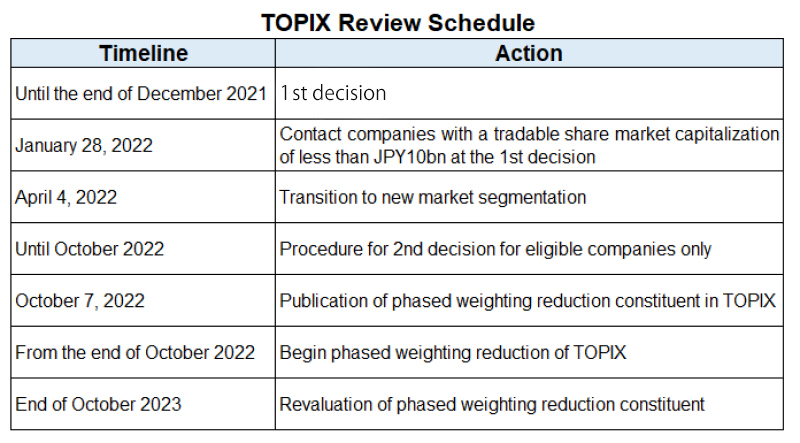 Actions to Maintain Continued Index Inclusion, such as Stock Splits and Share Buybacks
Companies are also implementing measures that appear to be aimed at maintaining and improving their tradable share market capitalization. Cross Cat (2307), which engages in contract software development and has a low market capitalization of about JPY20 bn, revised its earnings forecast upward and increased its year-end dividend from January to March. It also announced a stock split and share buyback measures.

Ex-TOPIX Constituents Also Face Downward Pressure on Stock Prices
Stocks currently included in TOPIX are likely to be subjected to selling pressure if they find themselves excluded from the index. Shingo Ide, chief equity strategist at NLI Research Institute, pointed out that "since last year, active investors have been selling some stocks expected to be excluded from TOPIX. If the stocks were to be removed from TOPIX, passive funds would conduct further selling, which would continue to put downward pressure on stock prices."

Even if a company becomes a "phased weighting reduction constituent," it still has the potential to revive. In October 2023, tradable share market capitalization will be reevaluated, and if the relevant criteria are met by a given company, it will be able to regain its weighting. Although it is expected that certain companies will undertake a variety of actions, Atsushi Kamio, chief researcher at the Daiwa Institute of Research, points out that "in practice, it is quite difficult to raise tradable share market capitalization during a period of declining weightings."

For many companies, the ability to survive in TOPIX will present a major challenge that will determine the trend of their stock prices. Although the TSE's market restructuring as a whole has often been said to be "without substance," it is necessary to continue to closely monitor the activity of companies in the future.