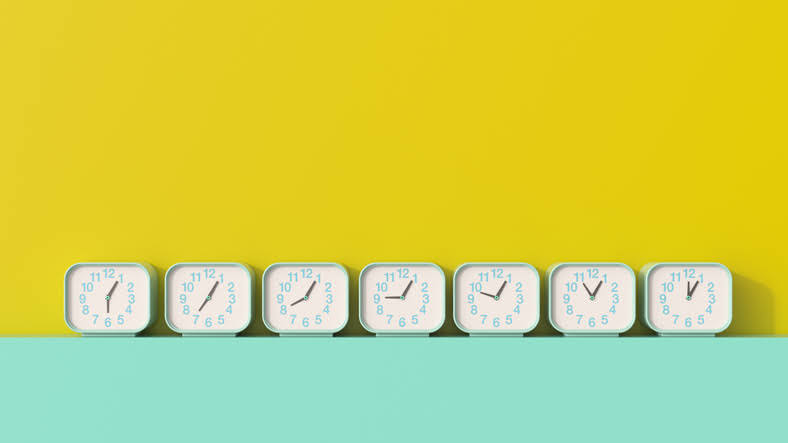 The Tokyo 2020 Olympic and Paralympic Games are less than 40 days away. While the Tokyo Metropolitan Government and the Government of Japan are preparing to hold the events, opinion polls conducted by media companies show that many people are opposed this course of action. How do market participants think the Olympics will affect the market?

In the QUICK Monthly Survey (Equity) in June, we asked about how market participants predicted the Nikkei 225 would stand at the end of September in event of two cases. In the first case, the Tokyo Olympics would be held, while in the second, the games would be cancelled or postponed. Nearly 50% of respondents answered that "The Nikkei 225 will be in the range of 28,000 to 30,000 in either case." Currently, the Nikkei 225 is fluctuating at around the level of 29,000. Most of the respondents seemed to believe that the stock prices would remain almost unchanged, regardless of whether the Olympics were to be held.

"The Nikkei 225 will exceed 30,000" was selected by 32% of respondents. Meanwhile, 26% chose the same answer for a scenario in which the Olympics would be canceled or postponed. A fair number of respondents believed that stock prices would rise if the events were to be held. "The market is already expecting a bearish trend in a view of the Tokyo Olympics. Dispelling uncertainty about holding the events is a slight positive factor," said one respondent. 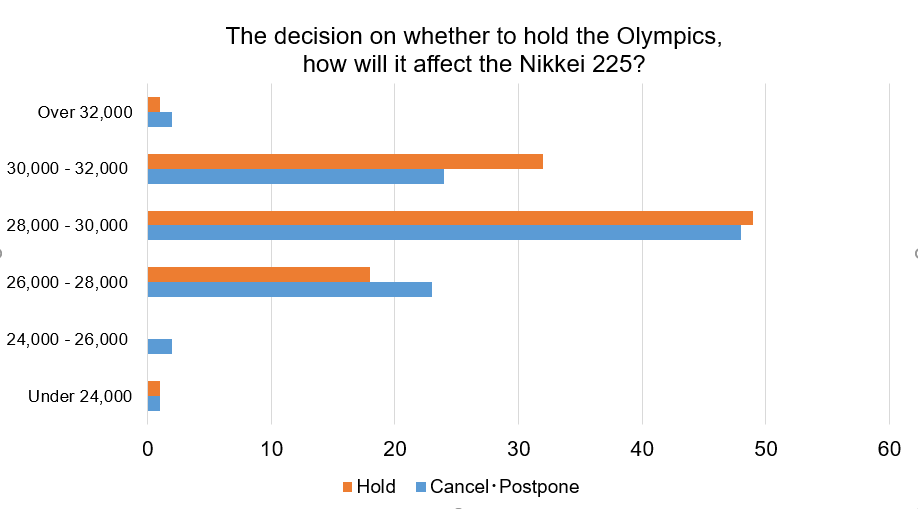 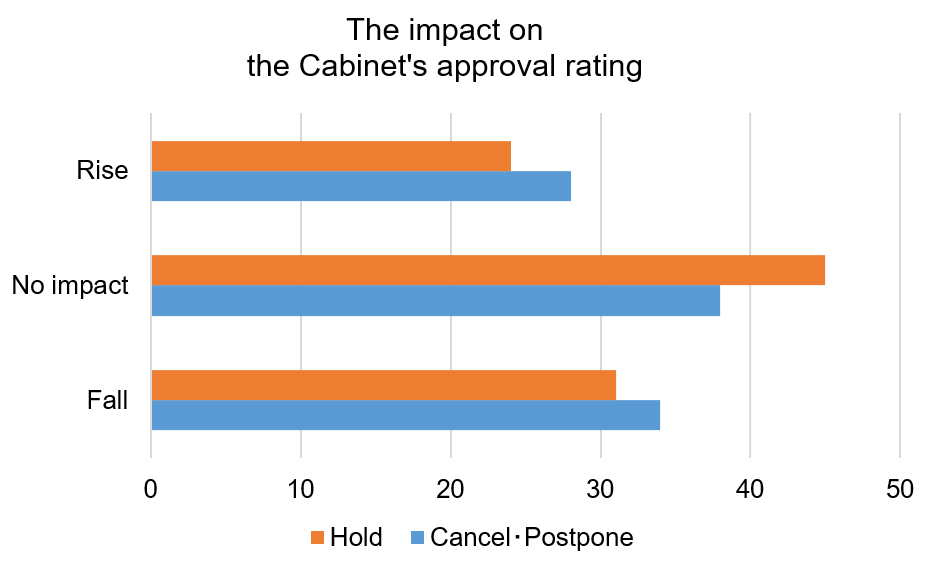 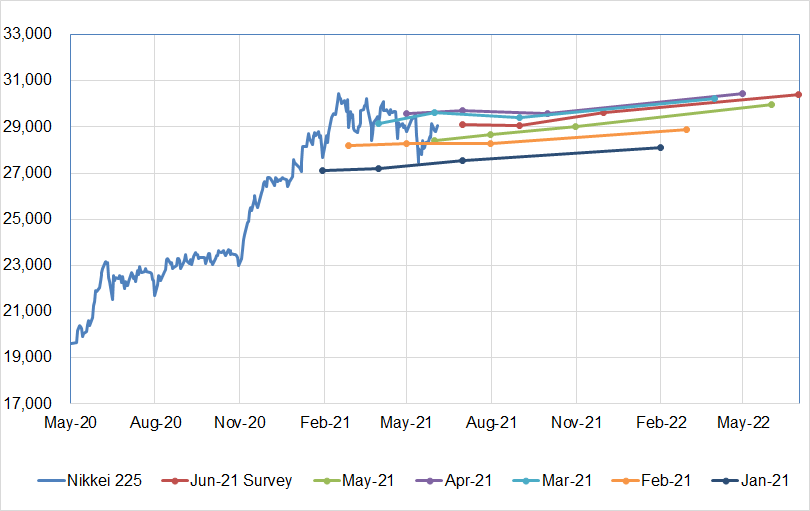 The survey was conducted from June 1 to 3, 2021, among 211 participants, including investment managers at domestic institutional investors. A total of 123 responded.