Are Japanese stocks overvalued or reasonable? It's a thin line! Will the market surpass the bubble era in 2023? - QUICK Market Survey (Equity) in March 2021

Is the Japanese stock market overvalued or undervalued? In the QUICK Market Survey (Equity) conducted in early March, we asked this question, and we discovered that views were polarized, with 45% believing that it is overvalued and 44% believing that the current valuation is reasonable. Those believing it was undervalued accounted for 7%. If we limit the scope to the investor class, such as asset management companies and banks, 50% considered the market to be overvalued, highlighting the cautious attitude of investors.

When asked about the factors behind the Nikkei 255's recovery to the 30,000 level, the most common response was "Continued monetary easing measures by the world's central banks" at 69%. Respondents choosing global factors such as significant fiscal spending and the start of vaccination stood out. While citing the recovery in corporate performance, the opinion was expressed that "It is indeed the external demand that is pushing up the corporate performance" (Investment Advisory). 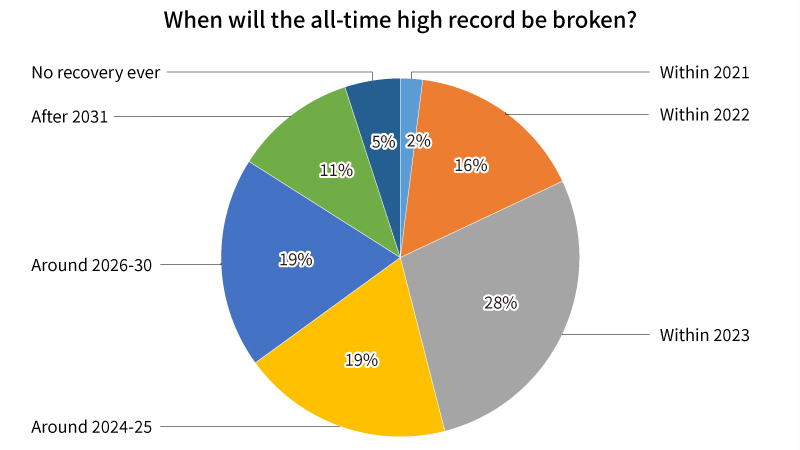 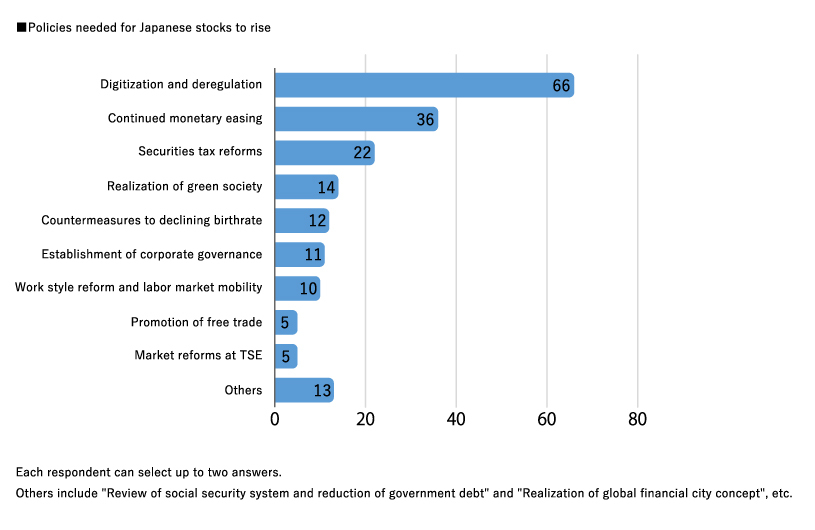 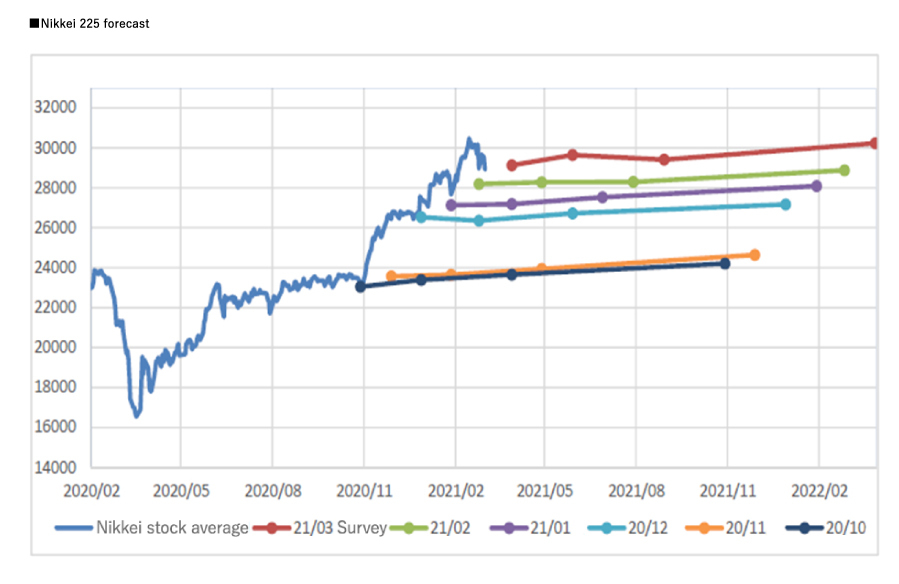 Views varied on when the market would break the record high value recorded during the bubble period (38,915 at the end of 1989). 28% of respondents expect this event to take place around 2023, whereas 19% expect the record to be broken around 2024-25 or 2026-30. Only 2% of respondents expected the market to reach its highest-ever level by the end of 2021. There is a strong sense of caution about a steady rise, with some saying, "Even if the market does reach a temporary high, sustainability will be an issue" (Securities firm). Meanwhile, others said, "If excess liquidity is recovered, the current stock market rally will not last long" (Bank).

What policies are necessary for a sustained rise in Japanese stocks? "Promotion of digitization, and deregulation to improve productivity" was the most common response, followed by "Continued monetary easing." "Securities tax reforms to attract personal investments" received more support than "Realization of green society" and "Countermeasures to declining birthrate".

The average forecast for the Nikkei 225 at the end of March was 29,129. This is the eighth consecutive month of increases for the end-of-month forecast and the all-time high since the survey was first taken in April 1994. The survey targeted 214 participants, including investment managers at domestic institutional investors, and 124 responded. The survey was conducted during March 2 - 4, 2021.