Our History 6: Launching the Online Edition of the Nikkei 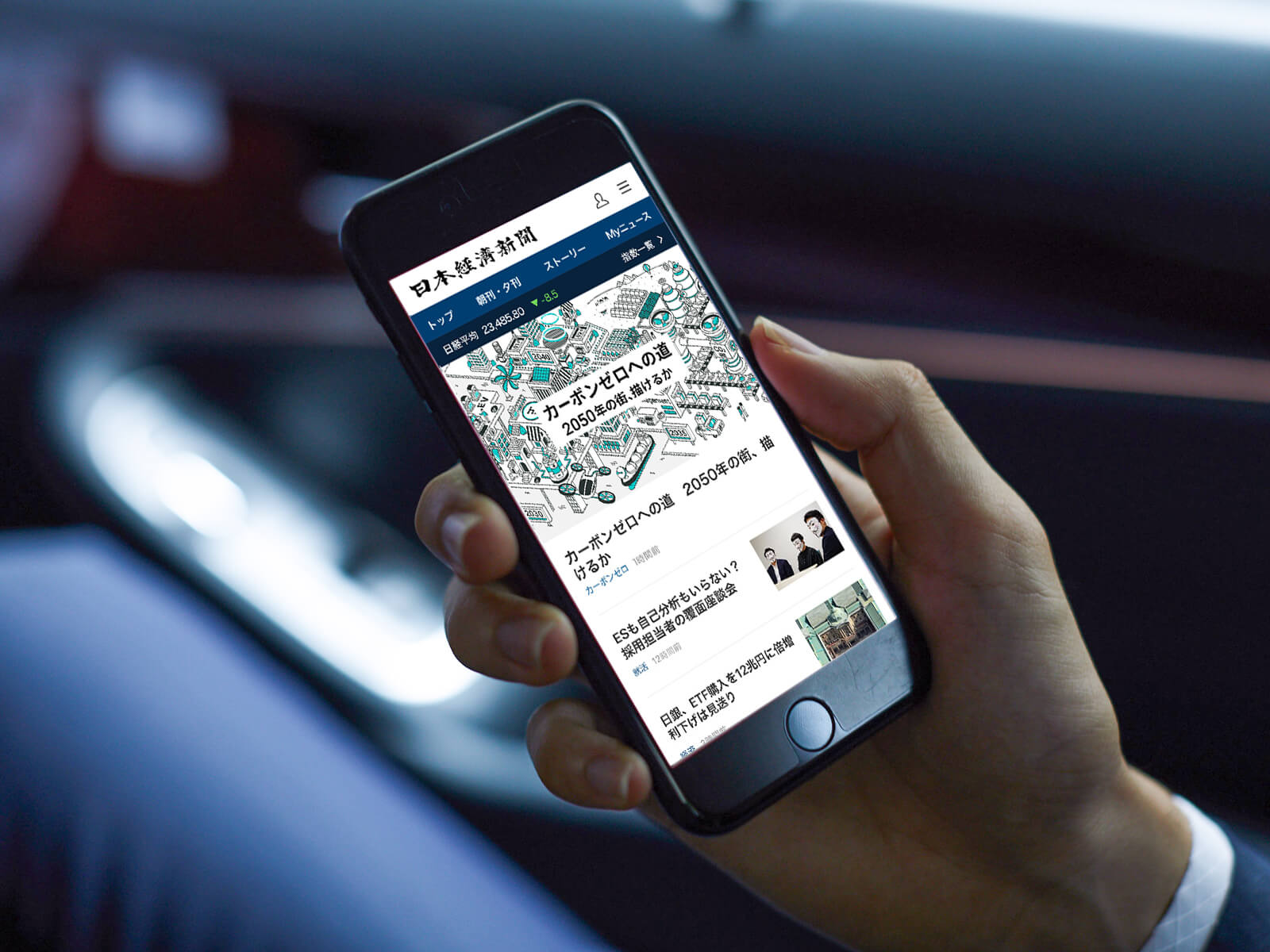 The launch of the online edition of the Nikkei in 2010 was a major challenge for the company. Japan's first paid web media business meant more than simply replacing paper newspapers with the internet--it was a fundamental change to the way newspapers were produced and the methods by which reporting took place.

NIKKEI NET Marks a New Beginning
The origin of the Nikkei online edition was NIKKEI NET, which was launched in 1996. Its purpose was to introduce daily news and Nikkei's activities to the public in response to the penetration of personal computers, cell phones and the Internet, which had been spreading rapidly in the late 1990s. NIKKEI NET complemented the existing business by taking advantage of the fast-moving and comprehensive nature of the Internet to publish daily columns of interest in the paper and archive records of events. In response, access to the site increased rapidly. By the second half of 2007, the site had grown to over 200 million page views per month, and it was attracting attention as an advertising medium.

However, since NIKKEI NET was provided free of charge, the number of articles published was only roughly 30% of the total number in morning and evening newspapers. Moreover, the body text was limited to 400 to 600 characters. Although NIKKEI NET had already grown to become one of the leading news sites in Japan, the limitations on its ability to fully assume the role of a digital news reporting medium were becoming apparent. At the same time, the growth of print newspapers was beginning to fade, while the number of people getting their information through digital devices continued to expand. As one member of the team put it, "If readers want it, we have to make it." Delivering the totality of the Nikkei's content digitally was quickly becoming a prime concern of management.

Establishment of the Online News Group
By April 2009, advanced preparations were underway for the launch of a comprehensive paid media outlet, and the Online News Group was established at the Tokyo Editorial Bureau. To create the first pay-for-membership service for a news site in Japan, it would be necessary to overturn the "common sense" idea that "content is free" on the Internet. It was also vital to craft articles and convenient services that people would want to read even if they had to pay for them. Based on the experience it had gained with NIKKEI NET, the company developed a screen layout that was easy to read and use. It put in place a system for facilitating the receipt, editing, distribution and publication of articles, as well as a "paper viewer" function that reproduced the image of the paper in digital format.

"Determination, Like Creating Another Nikkei"
At 2:00 a.m. on March 23, 2010, The Nikkei launched its first online edition. The very first headline was a special report on Bill Gates, Toshiba and next-generation nuclear power plants. This article ran as the top story on the front page of the morning edition of the same day. However, the online edition provided detailed background information on the news and Mr. Gates' activities that did not make it into the print edition.

Since then, the online edition has been the stage upon which a variety of challenging developments have played out in the digital age. It has tackled the issues of 24-hour news updates, real-time election reporting and live coverage of important press conferences. It provides data visualization content that employs graphs and visual content to present data in an easy-to-understand manner. The most significant change of all has been the ability of the editorial office to directly track readership trends through data. This has marked the dawn of a new era in newspaper reporting, in which the editorial office devises optimal content delivery based on readership behavior and interests.

The online edition allows readers to apply for subscriptions directly from its website. In terms of sales, this has changed the relationship with customers from one mediated by newsstands to one in which the newspaper's head office directly interacts with customers. In turn, this has resulted in a much stronger customer-based orientation. "Determination, like creating another Nikkei" was the catchphrase for the sales campaign when the first issue came out. Digitalization proved to be a major innovation 134 years after the founding of the company, becoming an opportunity for Nikkei to be reborn for a new era.