Tips for Healthy Drinking from a Japanese Sake Journalist 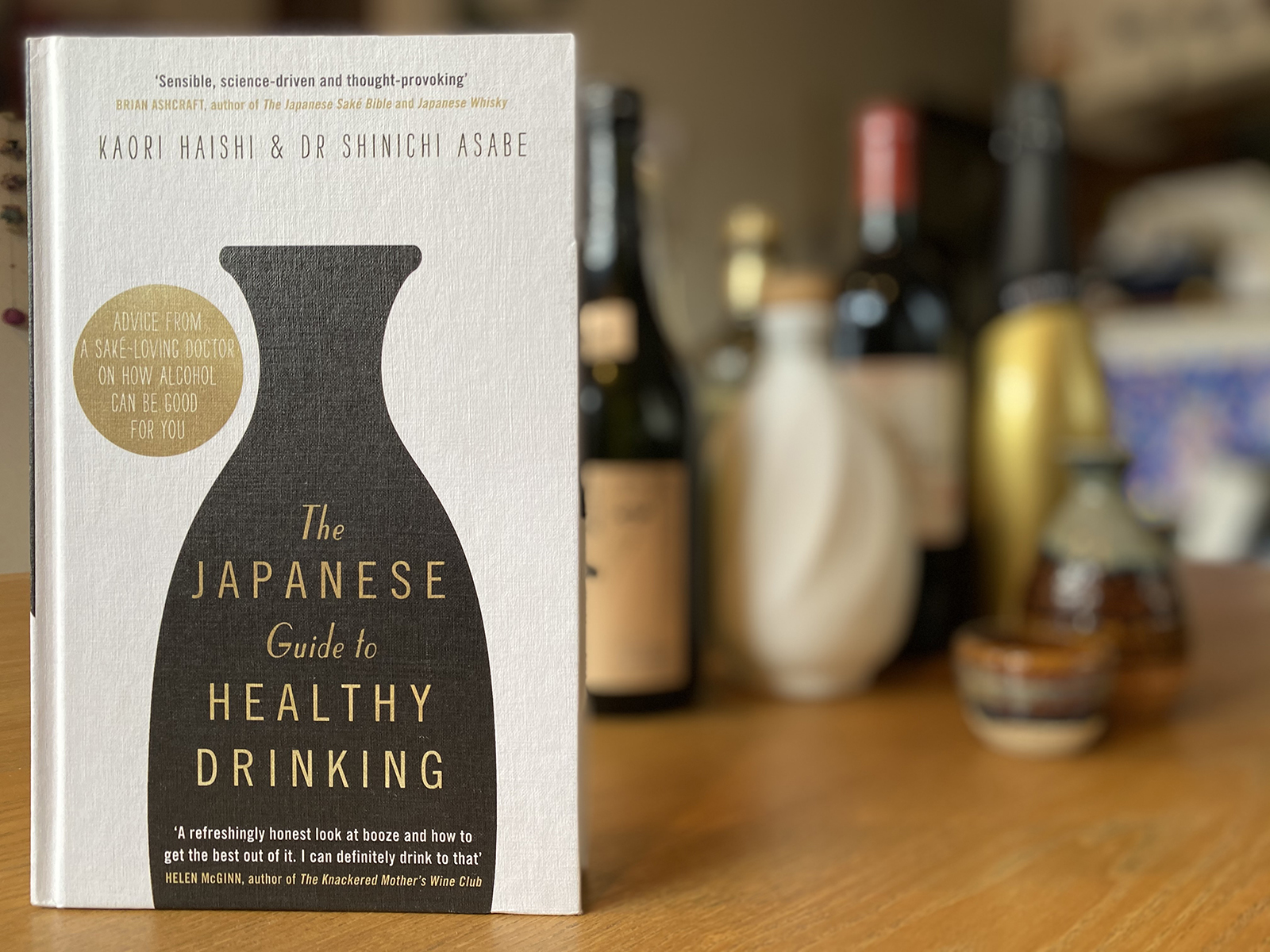 The Japanese Guide to Healthy Drinking: Advice from a Sake-Loving Doctor on How Alcohol Can Be Good for You by Kaori Haishi is the title of the English translation of a book originally written in Japanese and published by Nikkei Business Publications, Inc. The English version was issued by UK publisher Little, Brown Book Group in December 2020.

Healthy drinking tips based on the latest medical evidence show how to be free from hangovers and illness!

As an old Japanese proverb puts it, "alcohol tops the list of a hundred medicines," and those who drink some alcohol will live long lives. Many people who drink, however, care about their health checkup data, such as GGT, neutral fat and uric acid levels, as they age.

Is drinking good or bad for one's health? It is a well-known fact that too much alcohol increases the risk of cancer and other fatal diseases. We all want enjoy drinking while staying healthy.

In this book, a Japanese sake journalist interviews 25 medical practitioners and experts to discover healthy drinking habits. Recommendations include:

The book guides readers to self-care, clarifies the mechanism of how drinking gives rise to chronic diseases and offers trivia on healthy drinking.

Author Kaori Haishi is an essayist and journalist who focuses on the topic of liquor. She visits sake breweries nationwide, writes columns and makes comments in the media. At the same time, with the idea of "pairing sake and cooking," she gives lectures, undertakes seminar activities and proposes recipes for sake-based dishes. In 2015, she established the Japan Sake Association, and as a chairman, she works hard to nurture sake professionals.

The supervisor Mr. Shinichi Asabe specializes in liver disease and virology. After graduating from the University of Tokyo School of Medicine, he worked in a variety of hospitals. He also studied at the National Cancer Center Research Institute and the Scripps Research Institute in San Diego, USA. He is currently a member of AbbVie LLC, an American biopharmaceutical company. Mr. Asabe loves wine, sake and beer.

The original Japanese version of the book has sold more than 100,000 copies, and its Manga version and a sequel have been published.

With "Dry January" in the U.K. coming after the English version was published, the book received many positive reviews from media critics, and a related article was printed in the Daily Mail Online.

The book has been published in English, Traditional Chinese and Korean, and contracts have been signed for versions in Simplified Chinese and Thai. In addition, many requests have been received for translation into other languages.

This book is just one of the numerous titles published by Nikkei Business Publications that have crossed borders in translation into other languages. Please contact us for more information on the foreign rights to our uniquely positioned and unmissable books.