The Work of Kikuko Tsumura published by Bloomsbury 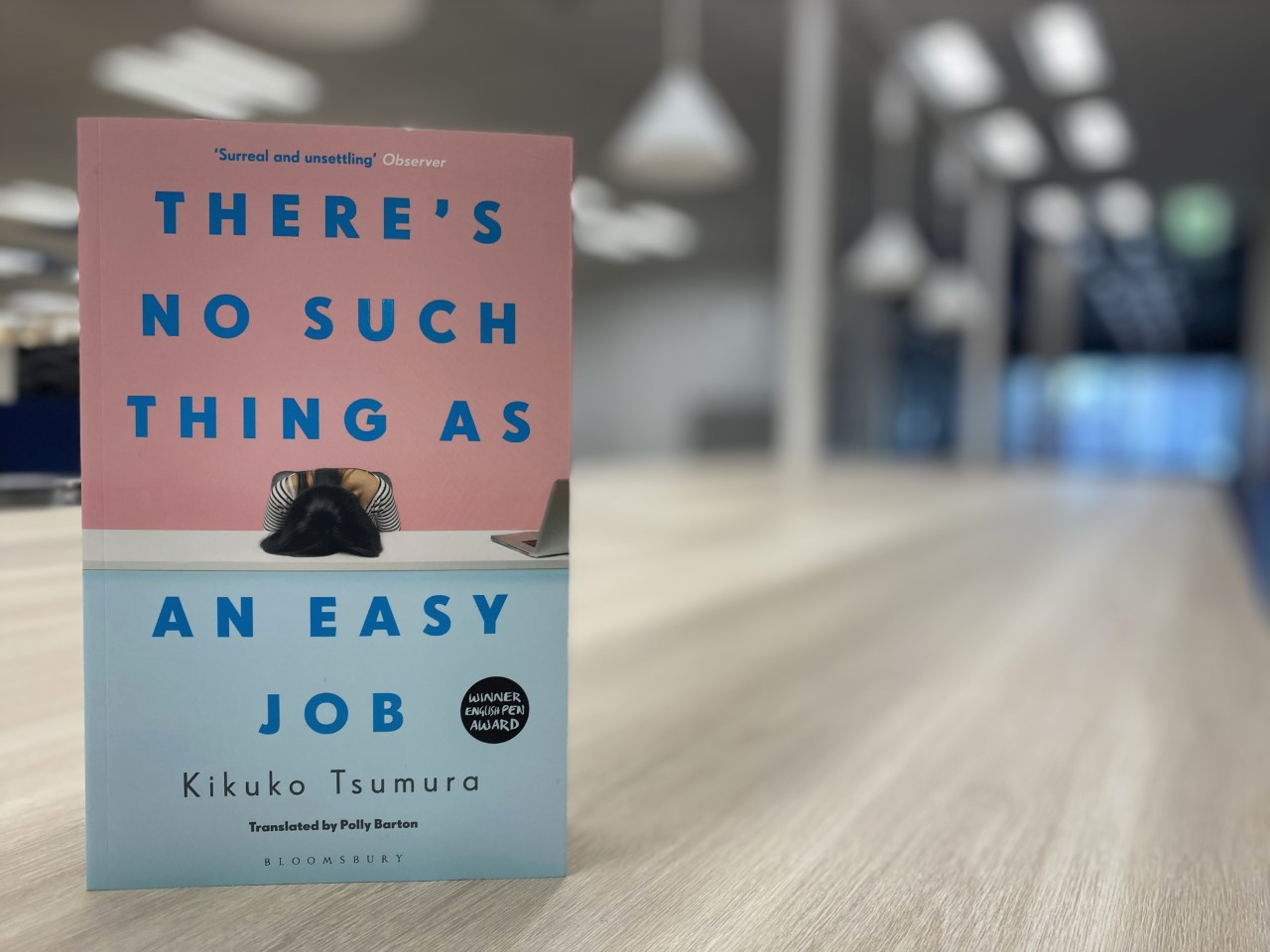 There's No Such Thing as an Easy Job is the story of a 36-year-old woman who became burnt out from an interesting and rewarding but demanding job and decided to embark on the journey of finding less stressful work that would be suitable for her.

"What is the right job for me?" In so asking, she takes a step forward to rediscover a healthy work-life balance. The story of what she found on her quest makes for a comical and surreal collection of "fantasy tales for workers."

While taking on somewhat eccentric work such as a "surveillance job" and a "rice cracker packet job," she faced every task with a sincere attitude amid daily struggles. Her job searching odyssey and relationships with coworkers are narrated in a lighthearted tone.

Born in Osaka, Japan, author Kikuko Tsumura has published many stories on working life and women, based on her experiences as a company employee. Since being awarded the Dazai Osamu Prize, which led her to publish her first novel, she has won numerous Japanese literary awards, including the Akutagawa Prize in 2009. She was also the winner of the PEN/Robert J. Dau Short Story Prize in 2020.

There's No Such Thing as an Easy Job has attracted sympathy specifically from women of the author's generation, many of whom are mid-career company employees. The book has also gained attention for depicting changing situations surrounding such female readers.

A Japanese TV drama series based on this book was aired in 2017.

After the English version was published by Bloomsbury, the book received many positive reviews from media critics including those of the Financial Times, the Irish Times and the Times Literary Supplement. The book has also enjoyed various responses from readers, including a selfie contest that went viral on social networks in which participants took photographs of themselves in the same pose as the woman on the front cover of the book.

To date, There's No Such Thing as an Easy Job has been published in English and Korean, and publishing contracts have been signed for Russian, English (audiobook), Italian, Estonian and Finnish. In addition, many requests have been received for translation and visualization in other languages. This book is just one of the numerous titles published by Nikkei Business Publications that has crossed borders in translation into other languages. Please contact us for more information on the foreign rights to our uniquely positioned and unmissable books.