This prize recognizes the activities of young, up-and-coming or midlevel economists. The prize was established in 2006 as a part of the activities organized in order to commemorate Nikkei's 130th anniversary and was named after Jiro Enjoji, former president of Nikkei, who also served as the first president of the Japan Center for Economic Research.

Established in 1958 to contribute to the enhancement, dissemination and broadened application of studies and knowledge in economics, management and accounting, the awards are given to about five authors and include a prizes of one million yen and, in the event a particularly noteworthy book has been published, a Special Prize of 1.5 million yen. Publishers of the award-winning books receive a medal.

A 10 million-yen prize presented to writers of outstanding novels that feature both rich narrative reflecting the times and society as well as offering outstanding entertainment value. Nikkei Medium-Length Novel Award was also established with a one million-yen prize to recognize excellent medium-length novels that offer fresh points of view. This award is co-sponsored by Nikkei and Nikkei Publishing, Inc. 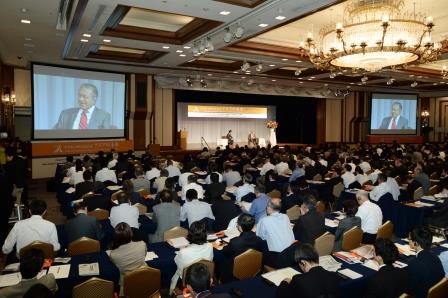 The Nikkei Asia Prizes were established in 1996 to commemorate the 120th anniversary of The Nikkei, and annually presented to individuals or groups that have contributed to the stability and development of Asia in three fields-regional growth, technological innovation and culture.

Through this scholarship, Nikkei invites masters and doctoral candidates from Asian countries and regions including China, India, Korea and other ASEAN countries to serve as senior researchers. The goal is to promote research activities in the region by enhancing communications between universities and research institutes. The maximum term is one year. Scholarship awardees will work under the guidance of the Japan Center for Economic Research.

Nikkei jointly founded this academic institute on the campus of Tsinghua University in Beijing, China, with Nikkei Business Publishing, Inc., along with the Communication School of Tsinghua University in March 2006. Staffed with full-time personnel, the Institute plans to conduct research over the next five years into the digitalization of publications and newspapers and the transformation of the mass media. Nikkei assigns one of its own research staff to the Institute.